skip to main | skip to sidebar

Defending The Indefensible - An Incomplete Fragment of an Idea, or, Brief Notes on a Masterpiece:


How does one defend what is, by all reasonable accounts, a terrible film? A film disliked by its own creator; a film that, by any measurable (traditional) assessment of achievement – writing, acting, photography – falls flat at every turn? A film seemingly cast out of its director’s celebrated oeuvre, unavailable on any home video format*, rarely, if ever, broadcast on television, stricken from the history books - with all these strikes against it, why can’t I stop thinking about Howard Hawks’ Red line 7000?

1. Dave Kehr’s original Chicago Reader capsule review – ‘One of Howard Hawks's last films (1965), this study of perverse and insane ambition on the stock car racing circuit did not do well with the critics of the time, although it has since become something of a cause celebre. The racing footage, strangely, is flat and dull—so bad that some writers claim Hawks didn't direct it. But the dialogue scenes have a primitive emotional force and directness, in spite of (or perhaps, because of) the young, untried cast, which includes James Caan. Depending on your point of view, you'll find it either beautifully pure or sadly unshaded. A puzzlement, but intriguing.’

2. Hawks seems to have accidentally stumbled upon what Bresson strived so hard to achieve – a kind of flatness that connotes real feeling and, both perversely and paradoxically, real depth – truth in the lack of studied affectation. For Hawks, it seems certain that at a different mode of production, a collapsing studio system, a young generation of actors schooled via ‘the method’ or television work, and an increasingly prevalent taste for what might be called psychological realism (perhaps not a precise enough term, but useful if we contrast it against the bold, demonstrative, physical directness of the macho old men in Hollywood’s golden age) all relates to a kind of clash – there’s a similar disconnect between director and acting styles in Fuller’s White Dog, itself a much-maligned late film by a revered old school master (see also Ford’s 7 Women, Hitchcock’s Family Plot, Lang’s 1000 Eyes of Dr. Mabuse, Borzaghe’s China Doll and Preminger’s The Human Factor, among others) . I hesitate to be accused of vulgar auteurism, yet almost every serious cinephile I know is equally fascinated by this flawed masterpiece. In his Senses of Cinema top ten, the great critic Fred Camper lists “any late Hawks film, even ‘Red Line 7000’”, a bold assertion and simultaneously a tacit acknowledgement of its (lack of) stature (he also mentions Ford’s 7 Women, for the record).

3. While many Hawks films contain a strong female character (but almost always only one), Red Line is the only one I can think of that contains a group of them. Hence, rather than a lone woman looking to gain admittance to the male group (through tenacity, toughness, tests of character, etc.), we have here an entire second group, in contrast to the men. Interestingly, members of both groups contain traditional ‘masculine’ and ‘feminine’ qualities, i.e. some of the women are tough, while some of the men are sensitive.

4. I hasten to attempt some profile of a ‘pure’ spectator, if such a thing is even possible. I can only speak as one well versed in Hawk’s universe, and can’t fathom what someone unfamiliar with the Hawksian oeuvre would make of this odd duck of a film. However, those familiar with Hawk’s obsessions can trace certain fissures, breaks from old habits and expansions into new emotional territory.

Peter Bogdanovich: Theoretically it’s a good movie. But the only scenes that really played, apart from the race stuff, were the ones between Caan and Marianna Hill.
Howard Hawks: Those two people could act and the others couldn’t. There should have been lots of good scenes… There were a lot of good scenes in the picture and a pretty good story, but you couldn’t follow it. That was my fault – I just messed it up – it’s as simple as that…
PB: There are some avant-garde critics who consider it one of your best films’
HH: Abroad they think it’s great, too – especially in France. I’ve nothing to say.
PB: You just don’t agree.
HH: Oh God, I don’t think it’s any good. And I think it’s all my fault…

6. Purgatory: there is a surprising lack of location variety in the film. By all accounts it was an expensive film, so budgetary restrictions don’t seem to be the case. Instead, there is a sense of a group of people encased in some kind of closed system – the same motel, the same bar, the same track. Almost like ghosts haunting the same spot, cursed.

7. An intriguing paradox: Hawks doesn’t believe in luck, good or bad (re: the famous coin ‘trick’ in Only Angels Have Wings), but he does seem to believe in fate. Regardless, there is always the sense that the true professional has some control over the outcome of an event. Fate is perhaps that one, infinitesimal thing that no one can plan for. A kind of unconscious Hawksian secular religion? You be the judge.

8. ‘You see this shirt? It’s new. Those shoes? They’re new. No one ever wore them but me. Everything I got is new. Second hand just don’t appeal to me’.

10. Robin Wood takes one for the team; from his book Personal Views: *incomplete

12. Male pathology; Part 8 continued: James Caan would act again for Hawks, in El Dorado. In that film he essentially fulfills the same function as  Ricky Martin in Rio Bravo, that is, the young upstart who both respects and challenges his elders, attempting to prove himself in their eyes. It’s a fine performance in a fine film, but his role in Red Line strikes me as a specific kind of advancement, a kind of tacit acknowledgement on Hawks’ part of his patented macho bravado – an acknowledgement, one must admit, that didn’t progress into later films, presumably due to Red Line’s disappointing box office. Caan’s *** is fearful of not measuring up, a common enough theme in plenty of Hawks’ films, but here extrapolated to its furthest logical extreme as a sexual hang-up – is he/am I good enough?. I could be mistaken, but I can’t recall any Hawks film that deals so frankly, so directly, with this kind of performance anxiety. That Caan becomes a neurotic mess is also atypical of Hawks; rather than suffer silently, or heroically (and symbolically) overcome such limitations, Caan not only attempts to murder his romantic rival, but later admits to it, in a pouring forth of emotion that’s quite unlike anything else in the Hawks oeuvre. A literal expulsion/explosion of a subtext that’s been there all along? I tend to think ‘yes’.

13. James Caan in conversation with Will Harris for The A.V. Club:

WH: El Dorado was actually your second time working with Howard Hawks, right?
JC: Yeah, I was in Red Line 7000. I think I was the only guy who survived that picture. It was terrible. [Laughs.] But he [Hawks] liked me. And, I mean, it was nobody’s fault but his that Red Line 7000 was so silly. Three love stories wrapped around race cars? C’mon.

I'll eschew the usual finger wagging that I've indulged in in years past. Rest assured, the state of affairs I bemoan here and here are still in place, despite the growth of VOD and various streaming platforms. The old ways are, if not dying, at least changed irrevocably, and sticking to old paradigms seems increasingly fruitless. To put it bluntly, the general public isn't experiencing cinema the way that critics are, at least not when it comes to non-blockbusters, and chaining year-end accolades to product that can afford to play the game does everyone a disservice. Having said that, I think InRO's aggregate year end list is a pretty decent snapshot of the year in cinema, so maybe I shouldn't grumble so much. I contributed capsules for Upstream Color and Drug War, both masterpieces in my humble opinion (and, as of this writing, both streaming on Netflix. No excuse not to watch people).

For what it's worth, here's what I originally submitted to InRO:

Both Neighboring Sounds and Barbara got bumped from the list (replaced by Frances Ha and Pacific Rim, if you're interested) although neither played Chicago until well into 2013. I prefer the list as originally submitted.
Posted by Daniel at 10:15 PM 1 comment:

The group blog 'The Vulgar Cinema' has been running a series of entries on John Carpenter and I was delighted to be asked to contribute a piece consisting of virtually anything I wanted. I chose to write a few words on what is, to my mind, the most under-valued of Carpenter's films. 'Vampires' pretty much disappeared immediately upon release, a fate that would also befall 'Ghosts of Mars' (and pity 'The Ward', not even granted a proper theatrical release in the greater Chicago-Land area). My piece is here, and I wholeheartedly endorse the other entries in the series, particularly Sara Freeman's interview with Carpenter's producer (and spouse) Sandy King.

Carpenter's Landscapes, or, a formatting test: 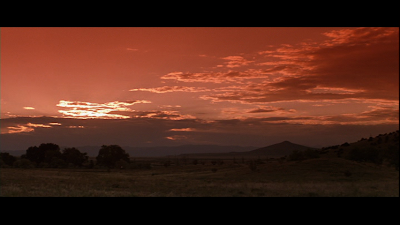 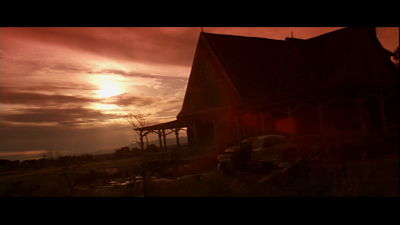 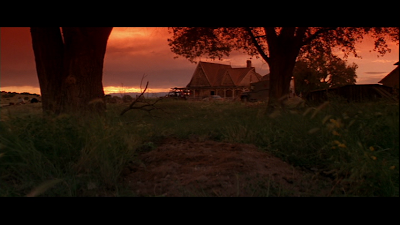 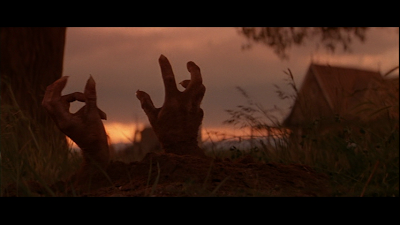 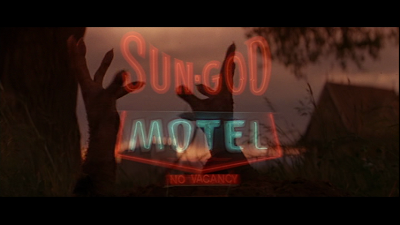 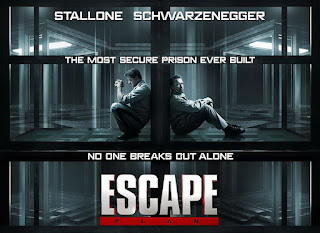 A few words for InRO; I like things about it, but the above image is more visually interesting than anything director Hafstrom can come up with.
Posted by Daniel at 11:31 PM No comments: 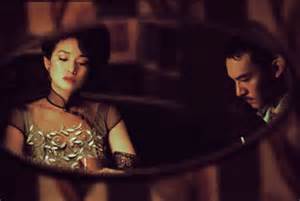 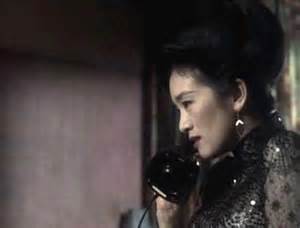 another entry for InRO's 'Directrospective', this one on Wong's 'The Hand', a low-key, modest short that nonetheless remains one of the most sensual films I've ever seen.

Posted by Daniel at 9:27 PM No comments:

Days of Being Wild; Wong Kar-Wai (1990); photographed by Chris Doyle: 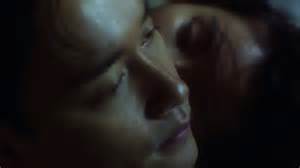 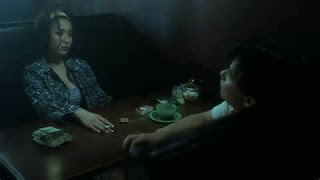 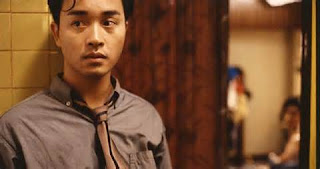 a modest appreciation for InRO's Wong Kar-Wai 'Directrospective' here:
Posted by Daniel at 9:47 PM No comments:

Daniel
An unabashed film lover with a taste for polemics and the occasional hyperbole.